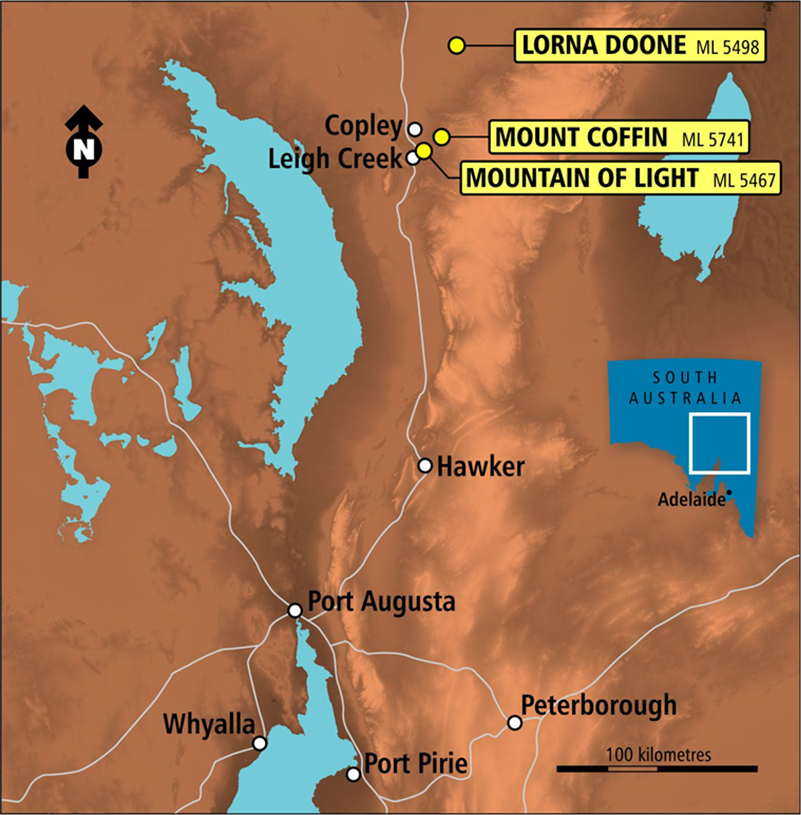 In 2018, the Company acquired Leigh Creek Copper Mine (“LCCM”) situated in the North Flinders Ranges of South Australia, 500km north of Adelaide. It covers 935 km2 of exploration leases (575.1 hectacres mining leases) and consists of three sites:

The project is located northern limited of an extensive copper region of the Flinders Ranges.  South Australia has an extensive history of copper production with the state currently producing 27% of Australia’s copper and has 68% of Australia’s economic demonstrated copper resources.  Other significant deposits in South Australia include BHP’s Olympic Dam (80million tonnes of contained copper), and Oz Minerals’ Prominent Hill (2.3mt of contained copper).

An additional Mineral Inventory of 1.8Mt @ 0.65% Cu, with contained copper of 11.5kt has also been defined for Rosmann East (JORC 2004), the existing heaps at Mountain of Light, West Jubilee and Elsie Adair. 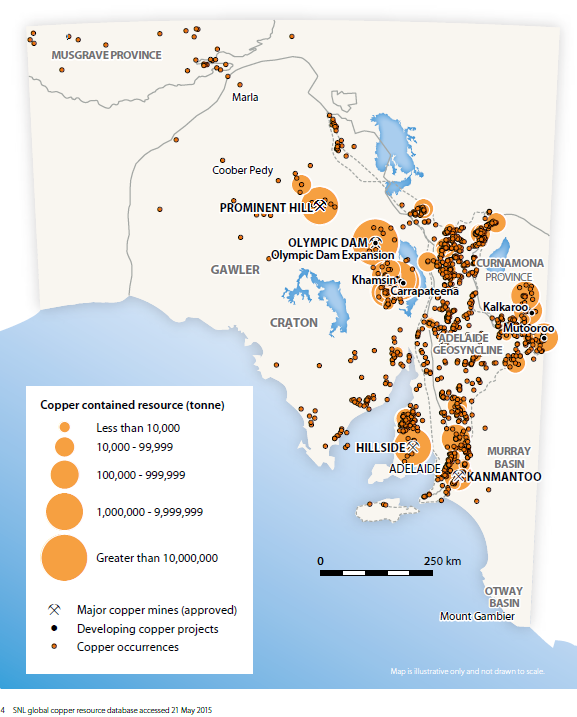 Mining has occurred throughout the Flinders Ranges dating from the late 1800’s, principally for copper ore by means of shallow underground workings. The Lorna Doone lease was briefly mined as very small open cut operations by gougers Paltridge and Sickerdick in the late 1960’s. A private syndicate, LCCM, commenced open pit mining at Rosmann East at Mountain of Light in 2006. Leigh Creek Copper Mine Pty Ltd (LCCM) was acquired by Phoenix Copper Limited (Phoenix Copper) on 23 July 2010 and following project re-design and plant refurbishment operations resumed at the Mountain of Light Copper Mine in September 2010. Phoenix Copper produced approximately 425t of copper in cement from the Mountain of Light operations during 2010 and 2011. At the beginning of 2012 these operations were put on ‘care and maintenance’ due to multiple factors including high operating cost, poor contractor management, poor leach pad design and processing recovery issues.

To re-initiate mining and processing at Mountain of Light Phoenix Copper entered into an agreement with Resilience Mining Australia to undertake a staged evaluation of the project. Leigh Creek Copper Mine Pty Ltd (LCCM) was acquired by RMA on 31 October 2015.  In January 2018, Strategic Minerals Plc (SML) acquired LCCM from RMA.

The Project is located close to existing grid power and access infrastructure and adequate water supplies from underground sources are expected to be available. Access to the sites is by excellent sealed road to Leigh Creek and Lyndhurst followed by formed gravel and short rough bush tracks to the project sites. A good quality all weather sealed air strip is available at Leigh Creek Airport.Location and Infrastructure

The project area is characterised by heavily dissected rolling hills gradually falling to a broad plain to the west. Elevation ranges from 150m to 300m above sea level. There are no permanently flowing watercourses in the area as the climate is arid to semi-arid with annual rainfall of around 230mm. General temperatures are typical of desert climates with warm and pleasant winter days and cold nights while in summer temperatures are consistently high. Prevailing winds are generally light from the east to south west direction.

Vegetation cover is sparse, with a 30% groundcover mainly consisting of bluebush and saltbush. Native fauna includes kangaroos, emus, lizards, finches and parrots. The most common feral animals include rabbits, goats and foxes.

The Project is located in the northern Adelaide Geosyncline, a deformed, complex sedimentary basin of Neoproterozoic (Adelaidean) to Middle Cambrian sediments that is exposed from Kangaroo Island, through the Mount Lofty Ranges to the Northern Flinders Ranges.

The copper deposits at LCCM are all hosted by siliceous siltstones and are closely associated with diapiric breccia structures which were sourced from incompetent carbonate, clastic and evaporitic sediments of the Callanna Group and were intruded into the overlying Umberatana Group. This special association between base metal mineralisation and diapirs is strong throughout the northern Flinders Ranges.

All three of the Project’s mining tenements have been subject to significant historical exploration. 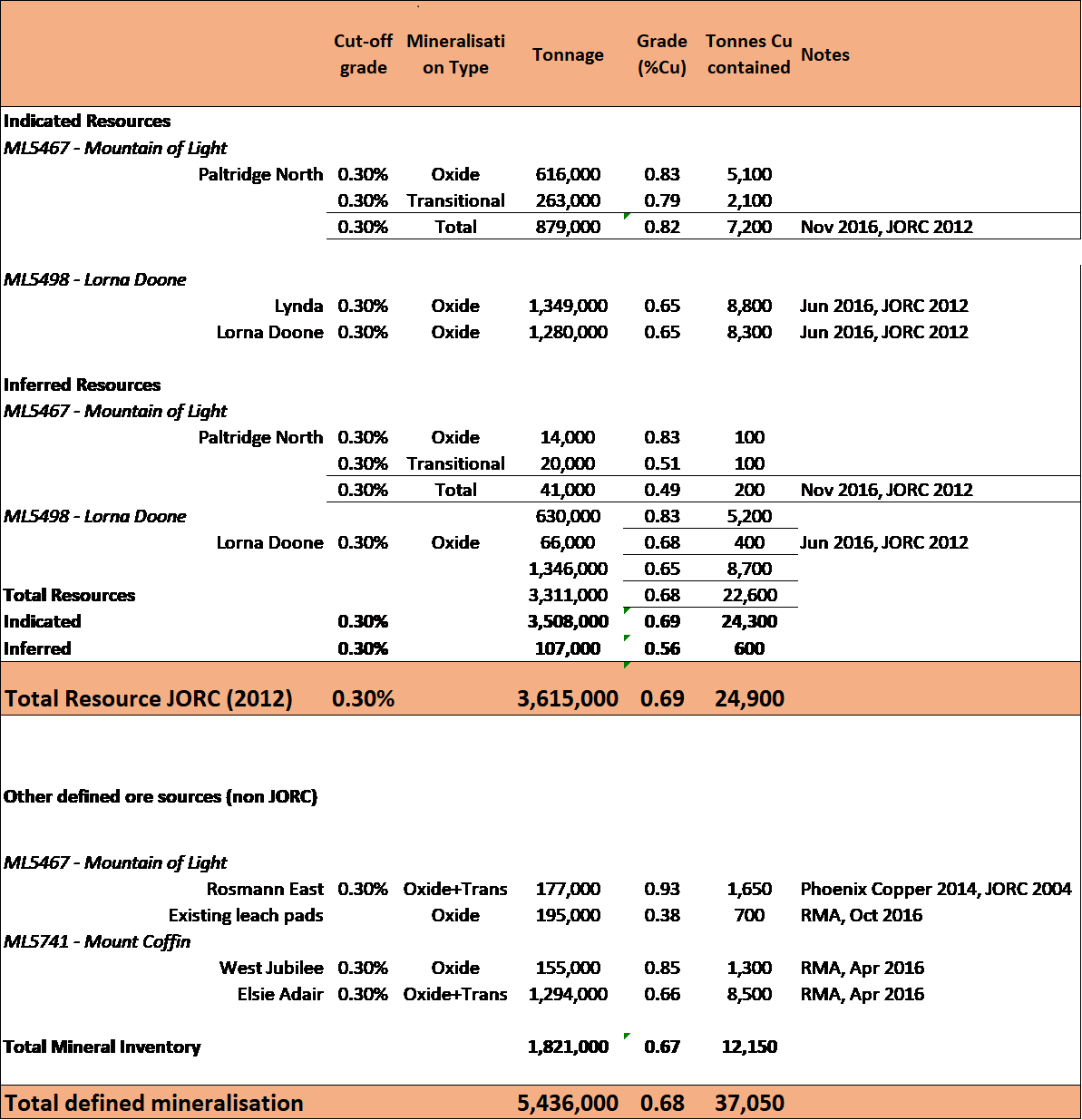 The MOL area comprises numerous historic copper diggings, which have been grouped into three open cut exploitable deposits all within 1km of each other on the same four-point star shaped geological structure, the Copley Diapir. Each is a near surface tabular body, varying from pseudostratiform to clearly cross-cutting.  Deposits within the Mountain of Light includes the unmined Paltridge North, and historically mined Paltridge South and Rossman East.

Prior to about 1970 the MOL area was held under mineral claims by small syndicates and prospectors. Mapping and sampling programmes and several auger, rotary and percussion drilling programmes were undertaken around the historic workings during the late 1960s and early 1970s with mixed results. Many of the drill logs and assays exist but hole locations on various local grids are poorly recorded.

Cyprus Mines Corporation drilled five rotary holes at Paltridge North, under option from prospectors Paltridge & Sickerdick early in 1970 but did not proceed further.  Bridge Minerals NL commenced working in the area in 1970 and by 1973 had consolidated the mineral claims and undertaken extensive mapping, IP and drilling programmes and some metallurgical studies. Utah Development Corporation held an exploration licence covering Mountain of Light from 1980 to 1982 and drilled three relatively deep (250-575m) diamond holes.  Adelaide & Wallaroo Fertilizers Ltd (AWF) commenced drilling in 1983 and continued through to 1989.

Modern open cut mining and heap leaching commenced at Rosmann East in 2006 and continued at Paltridge South until 2011.

The processing plant is in care and maintenance and will require some work for it to be re-commissioned back into production. The copper cement plant consists of two Kennecott cones, filter press, genset and air compressors and fully functioning lab.

The supporting infrastructure includes all offices and workspaces to operate the mine.

The earliest mining at Lynda and Lorna Doone deposits on the Lorna Doone lease area is poorly documented and dates from at least 1895. The area was mined as several shallow pits to supply a small-scale heap leach operation in the late 1960's.

The area was first drilled by the South Australian Department of Mines in 1968 with four holes completed. Cyprus Mines Corporation explored the area in 1970, with mapping, IP surveys and the drilling of 12 percussion holes. Exploration was continued by Cultus Pacific NL from 1972 through to 1975 by drilling 55 percussion holes and carrying out metallurgical and mining feasibility studies, but it did not renew its exploration licence upon its expiry in 1975.

AWF began work in the area in about 1982. When field work was terminated in 1987 it had drilled 308 percussion holes and two diamond holes, had undertaken extensive metallurgical test work and some mine design studies. No further work was undertaken.

Modern exploration at Mt Coffin was first undertaken by the South Australia Department of Mines and consisted of soil and stream sediment sampling, mapping, aeromagnetics, ground magnetics, IP and SP surveys, and culminated with the drilling of 41 percussion holes in 1968.

Between 1970 and 1972 Southern Cross Exploration NL drilled 103 percussion and four diamond holes over a strike length of 2000m, at 50m section spacings. 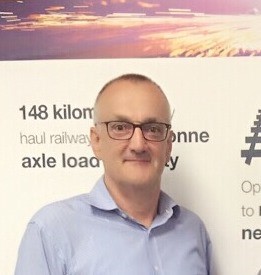 Mr Hunt has spent more than 30 years working in the mining and processing industries.

He has developed considerable senior operational and technical expertise while working in both large and small organisations.

Mr Hunt has extensive exposure across a wide range of commodities, processes and extraction techniques and spending a significant portion of this based in South Australia. 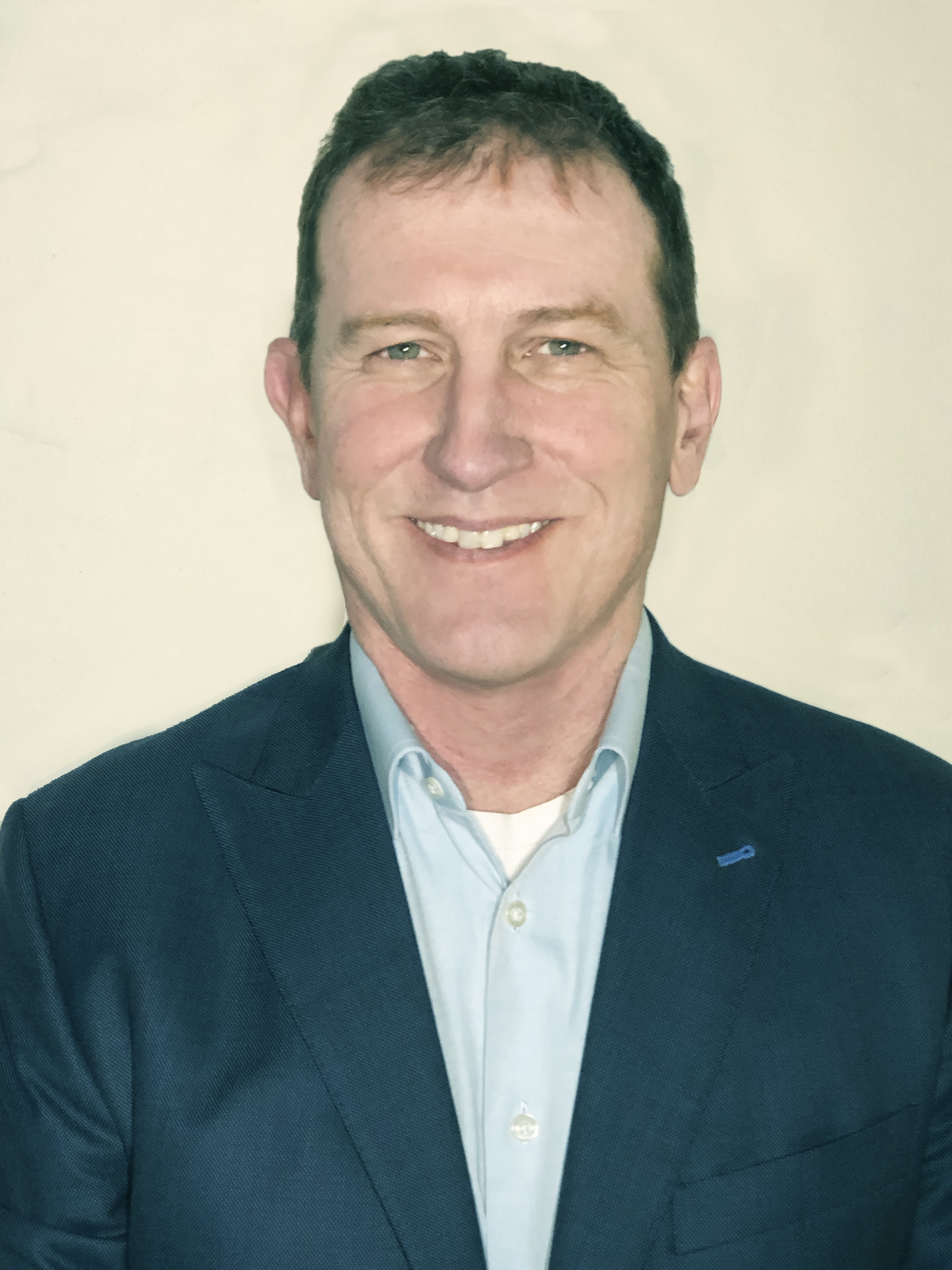 Mr Speck’s career in the mining industry spans over 25 years in commodities that
include copper, gold, iron ore and nickel.

He has worked for both contractors and mining companies in a variety of technical
roles as well as in supervisory and management roles.

Mr Speck is experienced with in-house project management of pre-feasibility and
definitive feasibility studies as well as a range of consultancy roles. His areas of
expertise include mine optimisation, design and scheduling. 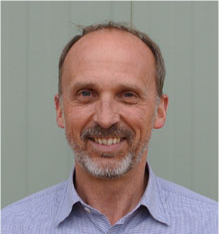 Mr Larsen has over 30 years' experience as a Geologist.

Mr Larsen's areas of expertise include feasibility and due diligence
studies, operation establishment, grade control processes and reconciliation, data management and QA/QC, geological and resource modelling, quality improvement, greenfield and near mine exploration.

During his career, Mr Larsen has spend much time on the geology of South Australia.